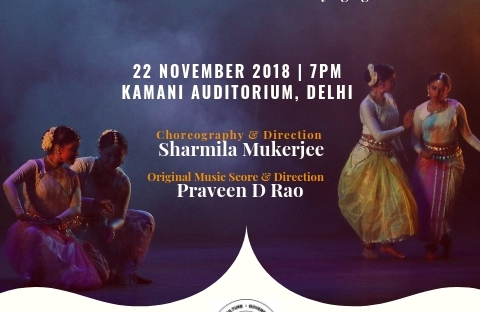 …..The countdown has begun….

Performed by: The Sanjali Ensemble, Bangalore

Presented by Shilpi’s Voice and Visuals

In the endeavour to draw attention towards the cause of Elderly Care, Sanjali Centre for Odissi Dance with Shilpi’s Voice & Visuals are staging a magnificent Indian adaptation of the world famous SWANLAKE, ‘HANSIKA’ in Delhi in the prestigious KAMANI auditorium amidst an elite audience on 22nd November 2018.

For the show in Delhi,a part of the proceeds from the sponsorship & donations will be shared with Healthy Ageing India founded by Dr. Prasun Chatterjee, Asst. Prof. Geriatrics, AIIMS.

The elite audience would comprise of diplomats, bureaucrats and acclaimed artists. We are honoured to have Dr. Sonal Mansingh – Padmavibhushan, Member of Parliament, Rajyasabha and Mr. Arun Goel, Secretary, Ministry of Culture, Government of India as our Chief Guests. The eminent personalities who would grace the event as Guests of Honour are

What happens when the Indian grace of a classic art form infuses with a mystical folk tale of another land? It produces an unfathomable masterpiece. Witness Sharmila Mukherjee’s choreography and visualisation brilliantly blending with Pyotr Illyich Tchaikovsky’s vivid storytelling SWANLAKE translated into HANSIKA. This ballet stemming from a Russian folktale recounts the story of Odette, a princess turned into a swan by an evil sorcerer’s curse.

Adapting Swan Lake in Odissi enhanced Sanjali’s efforts to link Indian dance forms with thematic presentations of international stature and recognition. Through this production, the humane aspect of the narrative-(depicting an array of human emotions in one frame) as well as how ballet and libretto can be adapted to Indian classical raga (music), taal (rhythm) and laya (pace of the rhythm) has been explored. The score for the production is original, replete with Indian classical elements, yet, infused with Tchaikovsky’s theme music.

HANSIKA, an audio-visual treat that would enthral your senses to the core, casting a spell on your whole being. Gear up to be mesmerised and magically transported to another world of love, envy and sorcery. 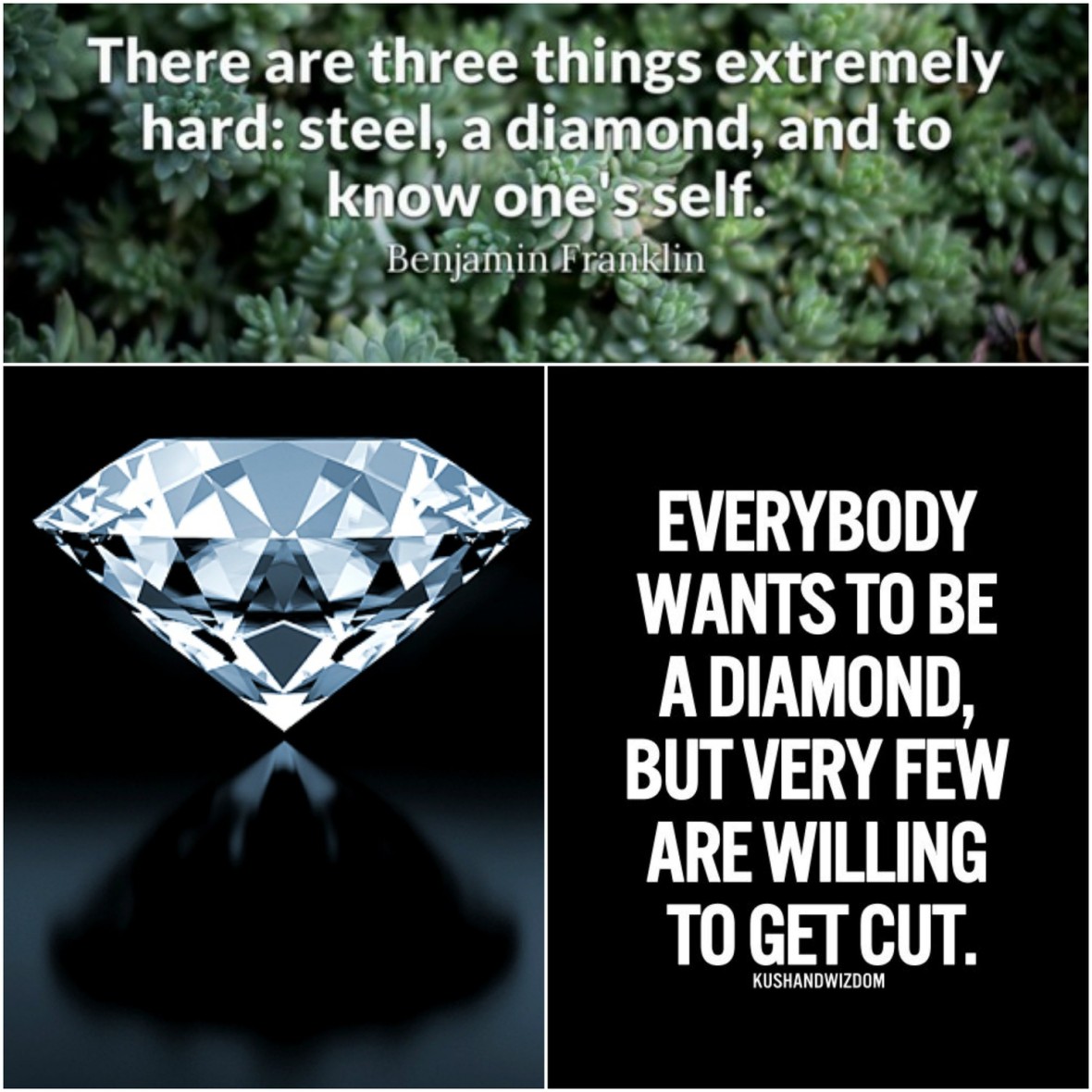 It is certainly a wonderful feeling to have had you as my mate, during the process of learning life lessons. I admire your inclination towards gathering as much as you could in the least possible duration. And as I say so, I am wondering whether we will be in touch hereafter.

Your humility combined with your new learning, will show you new ways to reach greater heights in your chosen field. That is my faith in you due to the way I am looking at my new understanding.

What makes you stand out is your thirst for learning and your desire to do better than where you are at right now. Keep this very thirst alive if you want to soar higher and higher in your personal as well as professional journey. Making your learning, your way of life could aid you in improving your craft, leading you to that very place where you desire to be.

Won’t you like to go deep within yourself and discover the diamond hiding there? The diamond is waiting to be found by its very owner. It is yearning to gleam brighter by the owner’s magical touch. It just needs that rub to dazzle, like that very smile of yours that brightens up your face with childlike delight.

The fire of the diamond of true Identity is always there; it just needs the Master’s crafting to reveal it.    Kenneth G. Mills

Yes, you are the owner of this very diamond that no one else can rightfully possess. Be courageous, dig it out, hold it in your hands and cast a spell with your magical fingers and deep intent. The brilliance of the diamond, ignited by the burning desire of your inspiring self, would be soon evident for all to see. So, handle it with abundant self-love and sincerity as you move towards realising your dream.

An enthralling audience heightens any artist’s spirits. That’s what I am wishing for you. I envision your success in the journey towards carving a niche for yourself at being one of the best in creating magic with your craft.

Did you hear the song clip from the link above? Did you also hear the cheerful chirping of the birds creating music in the background? There’s a story about this song. It got magically recorded into my cell phone that morning. I am preserving and guarding it dearly for the fear of losing it forever due to some odd technological glitch. I would feel terrible if I ever lost it, for that would mean losing an evidence of the memory of that dream and the most beautiful woman….that haunts me till date. Please listen to it intently as I have shared my treasure and childlike delight here, with you.

I was mesmerized by the pull in her voice and heartfelt singing. I couldn’t resist following her voice because it not only sounded soulful, but also that she was singing one of my favourite songs written and composed by Kabi Guru Rabindranath Thakur. I had learned this song when I was taking music lessons from my Guru more than three decades ago, and this beautiful song is etched in my heart permanently. I spotted her standing against a mango tree, her back facing me.

I was lost listening to her, when I realized that she had finished that song and that she was humming another cheerful tune. I went nearer and called out to her, “Tomar naam ki go?”, which precisely translates into ‘What’s your name?” There was silence everywhere except the cheerful chirping of several birds that had added a further natural beauty to her singing. Not another human in sight and it didn’t matter what hour it was. Her presence and voice had cast a spell on me. Curiosity took the better of me, and I waited with bated breath for her to turn around.

My jaws fell; I was awestruck the moment she turned facing me. Those eloquent eyes hid pain. The diamond of the nose pin gleamed magically on her prefect little nose. Her hair was neatly pulled into a bun at the back of her shapely head. A string of bakula flowers adorned her hair-bun. The high cheekbones and her radiant skin was a screaming evidence of the typical Bengali beauty from a bygone era. She was draped in a simple cotton sari, but her poise spoke volumes about her aristocracy. I stood stupefied. Her gentle voice brought me back to senses. She answered, “Aami Kumudini!”, which meant, ‘I am Kumudini!” Her tinkling voice had a distant feel; I was trying to place the emotion in her voice. She must have been about 25, but her demeanour was that of a matured and experienced woman. I have been visiting my grandma’s village since ages, every summer. A lady like this should have been the talk of the town. I threw a barrage of questions at her. ‘Who is she? Where is she from? What was she doing in my grandparents’ orchard? Why haven’t I ever seen her before?’

She smiled understanding my curiosity and began narrating. It was the last quarter of 1946 when the Hindu Bengalis were subjected to heinous acts of massacre, loot, rape and forced conversion to Islam. The onset of this infamous Noakhali riots was the beginning of a painful history that I had heard many times being told and retold by my grandparents, parents, uncles and aunts. I told Kumudini that I knew a bit about it because both my father and my eldest maternal uncle were seven when the families fled from East Pakistan to seek shelter in West Bengal, and she gave me an appreciable nod.

In August 1947, the erstwhile British India was partitioned into India and Pakistan, on the basis of religion. Pakistan was to become the homeland for the Muslims of former British India with a majority Muslim population. The province of Bengal with a marginal Muslim majority was also partitioned with the Muslim majority of East Bengal becoming a part of Pakistan and Hindu majority forming West Bengal in India. The atrocities on non-Muslims were at the peak in 1949 and within three months of the continuous massacre, 30,000 Hindu families fled away to various parts of West Bengal, India.

Kumudini continued saying that she was the wife of Zamindar Mukul Brahma Ray of one of the villages of Barishal in East Bengal. During the merciless killings in November 1949, the police tried to abduct her one night but failed. She fought like a warrior with the huge sickle called ‘Ramda’ she had started keeping under her pillow, and killed two of the constables. She fled to a hiding when her husband took over the duel with the third constable. Kumudini returned to find her husband’s body in a pool of blood. There was no time to mourn and she managed to join her sister’s family that was leaving for West Bengal. I froze in a stupor, yet so enchanted was I with her timeless presence and vivid narration that I imagined myself to be witnessing the era. To calm down my nerves, I hesitantly asked her if we could sing the song together as that was my favourite and I would record it on my cell phone for the memory of having met her. The birds were still chirping indicating the onset of dawn. She gladly obliged in an affectionate manner. The fragrance from the string of bakula that adorned her hair was hypnotizing me. I kept looking at it wanting to touch the flowers, when she simply took it off and placed the string in my hand. How did she read my mind? I felt embarrassed, I felt like a child.

Suddenly, I heard some distant voice calling out to me. Startled, I opened my eyes and found myself in my sleeping suit under that mango tree in the orchard. My cell phone in one hand and the string of bakula in another. I checked my phone for time, it was 6:30 AM. The morning was pleasant and the birds were still singing in a rhythmic chorus. Frantically, I looked for the audio clip of the song. ‘Aaaahhh! It’s here!’ My heart skipped a beat, fingers trembled as I clicked on the play button icon. It played the song, I could hear the birds chirping in the background of the recorded song adding to the feel of it. But where was her voice? Why could I hear only my voice? Beads of sweat started to form on my forehead turning into droplets. I shivered with goosebumps. Where was I? Was it a dream or a nightmare?

The person calling out to me was closer now. I had to get composed and not make a fool of myself. It was my grandma Binodini, who came searching for me, looking amused at what I was doing in the orchard. I could barely manage to tell her that I had come for a stroll as I miss such mornings in the city. ‘Look, Didu! I sang and recorded this song amidst the chirping of the birds.’ She sat down next to me and heard it with a look of melancholy in her eyes. She uttered, “My sister Kumudini used to sing this often. She had mysteriously died within few months of reaching here from Bangladesh.” 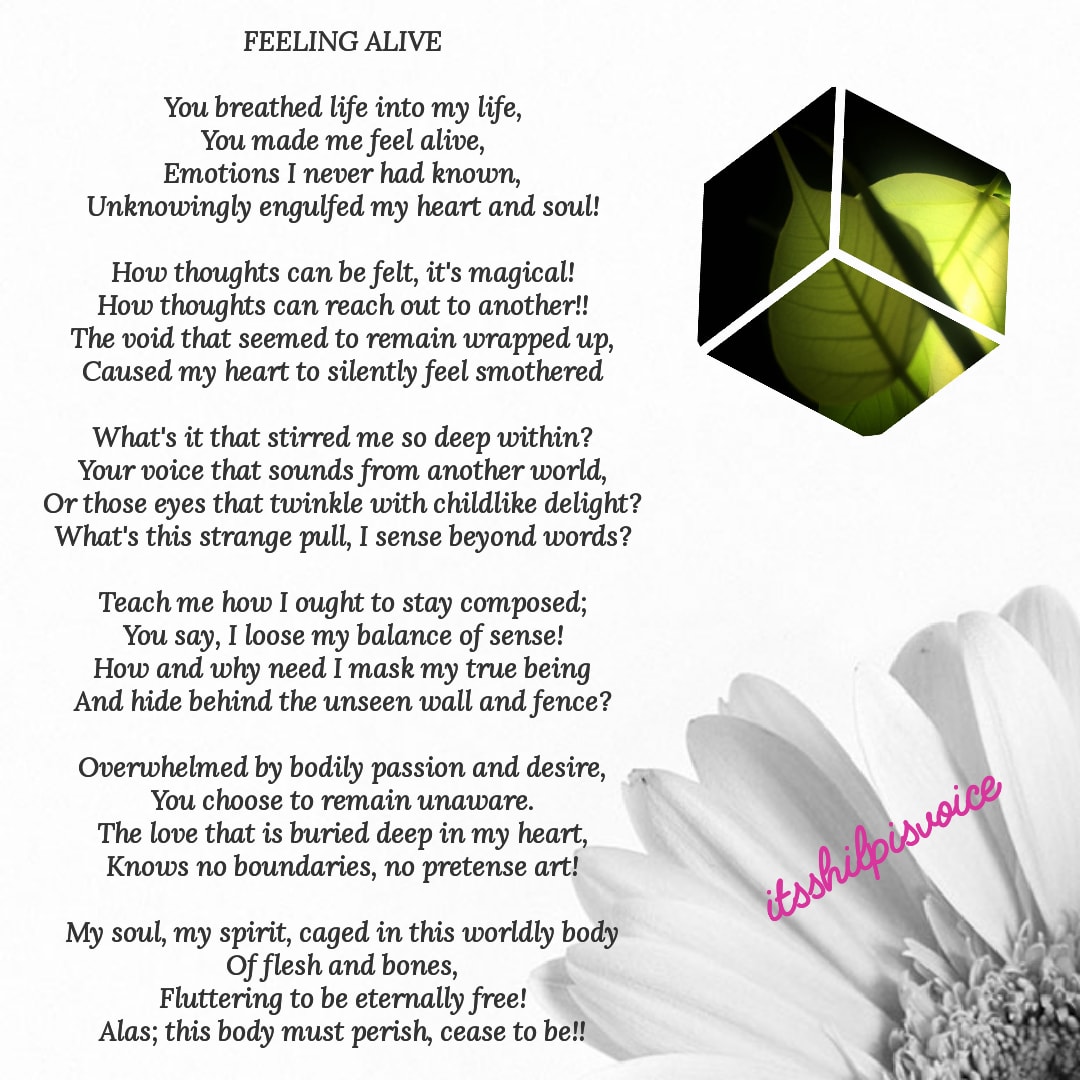